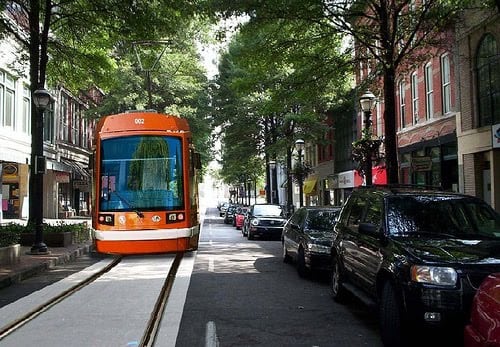 A complementary, but longer term project in Atlanta is the BeltLine, “a concept is to implement a combined system of trails and transit that will connect Atlanta BeltLine neighborhoods and economic development centers with existing and planned Atlanta BeltLine parks, existing transit networks like MARTA and major regional activity centers and attractions, such as Piedmont Hospital and Zoo Atlanta. The transit and trail systems will complement investments in parks, streetscapes, and other infrastructure projects to create a smarter framework for new denser development. In most cases, the transit and trail system will follow the Atlanta BeltLine Corridor. Atlanta BeltLine transit will include 22 miles of pedestrian-friendly rail-based transit such as modern streetcars or Light Rail vehicles”.