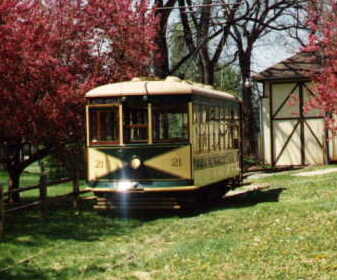 The first part of the rebuilding was completed by the end of 1984, allowing restored Car 21 to run once again to City Park. The rest of the line was completed over the following two summers and turned over to the City in August 1986. Since then, the Society has operated the car and maintained the railway at no cost to the City.

October 2007- The Ft. Collins Municipal Railway has announced that it has struck a deal with Charlotte Trolley Inc. to purchase former Fort Collins Car 25, one of five Fort Collins streetcars still in existence. The car had been purchased by Charlotte Trolley in 1999 from a public utility company in Charlestown S.C. The FCMRS plans to restore the car for operation along with sister Car 21.