Operation on rubber tires at the Port of LA 2000 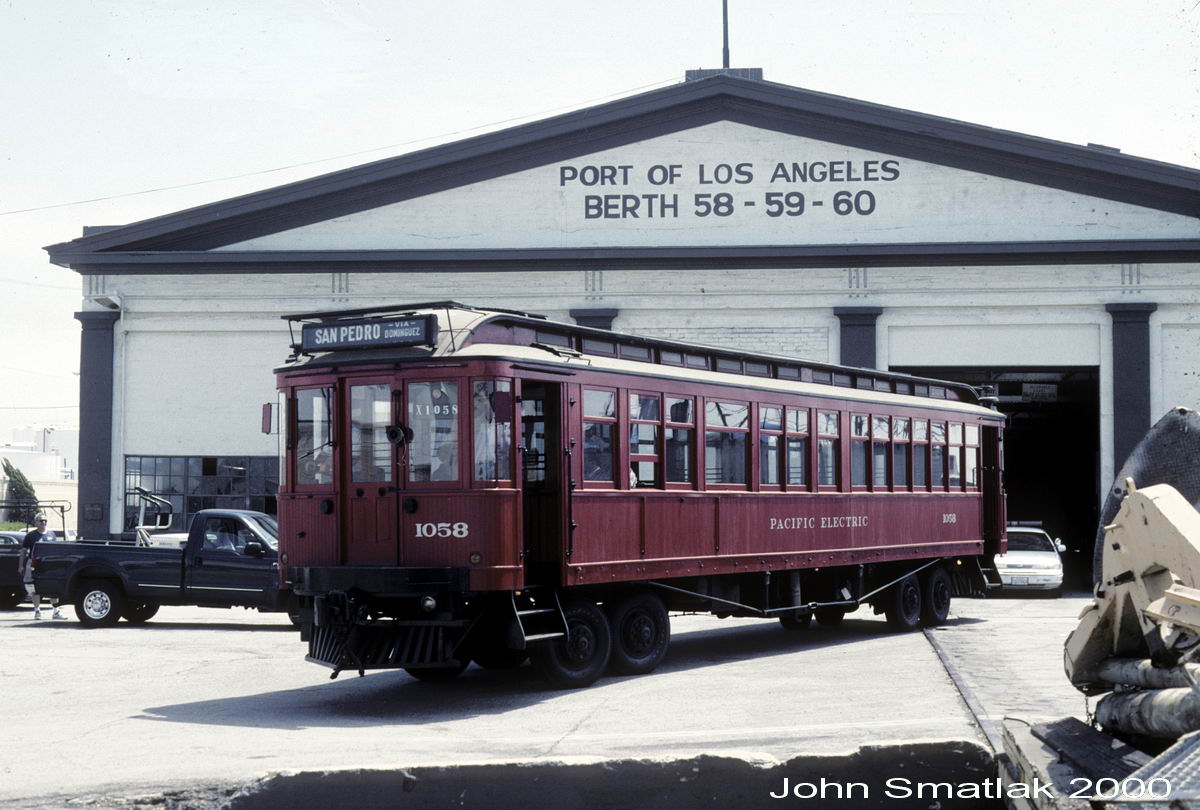 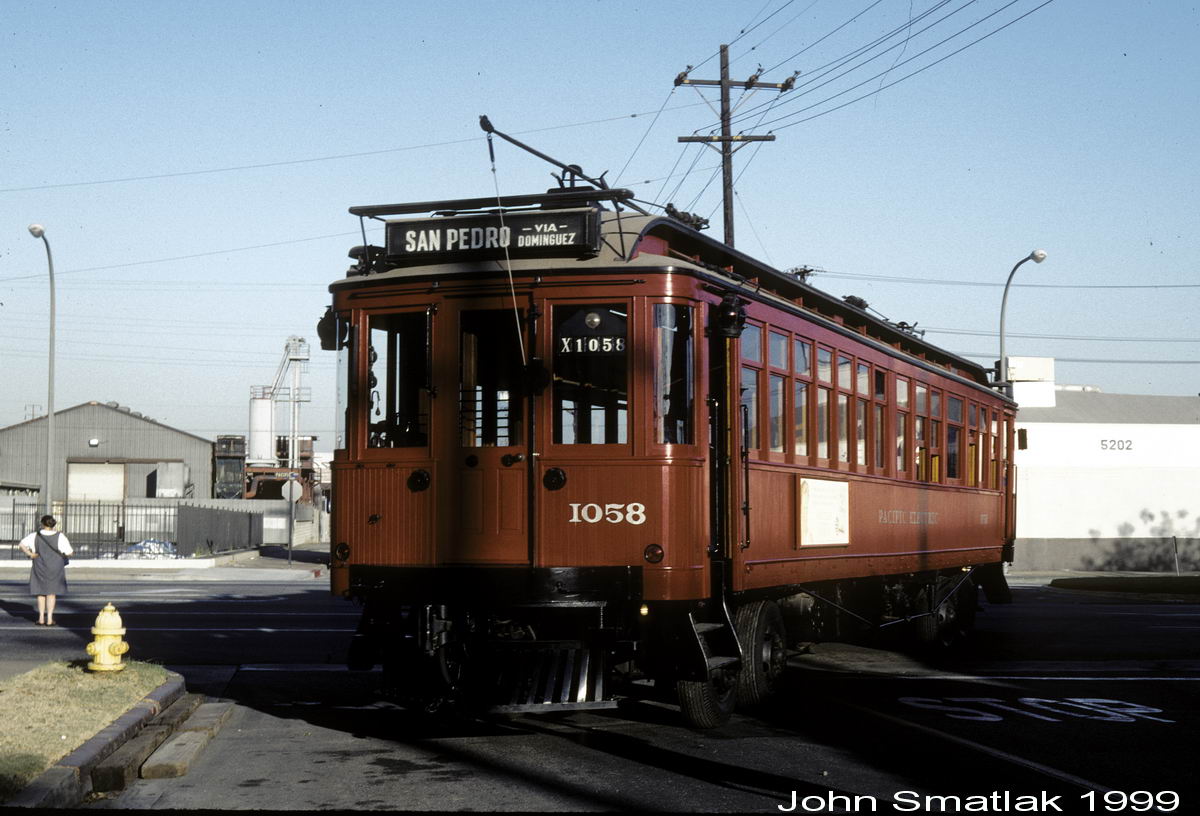 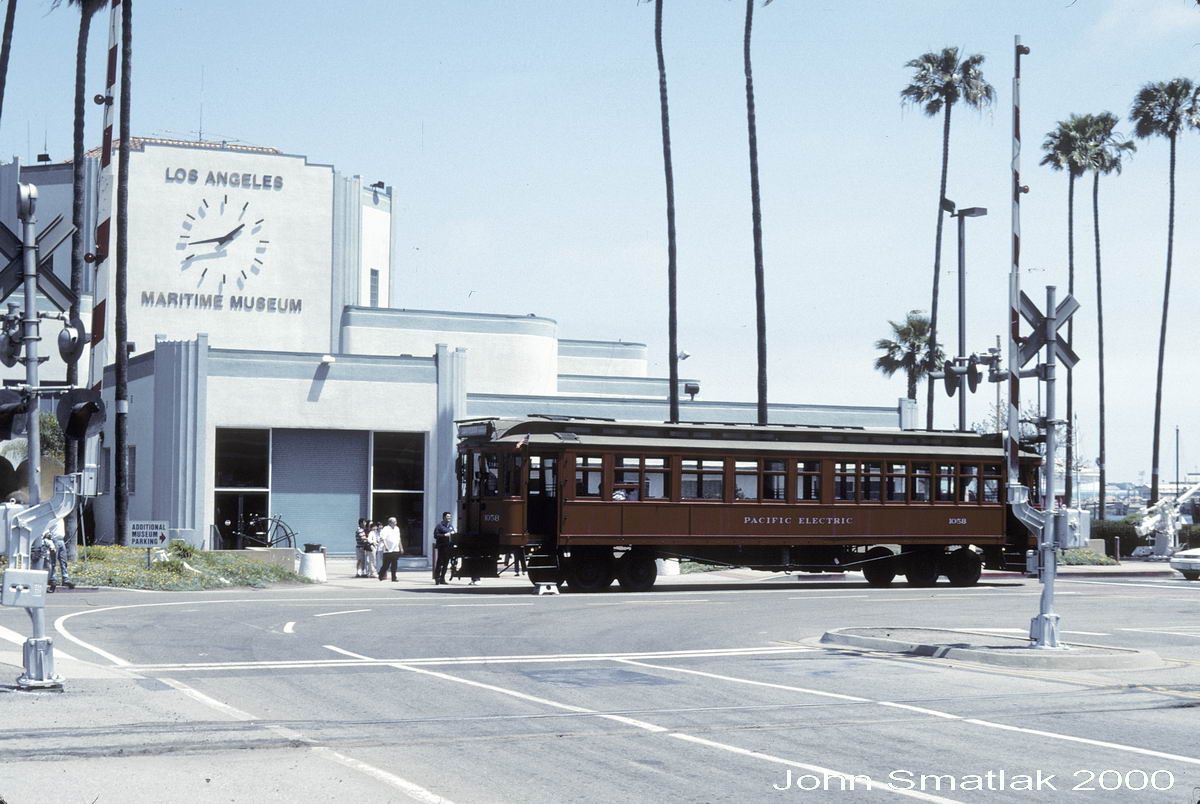 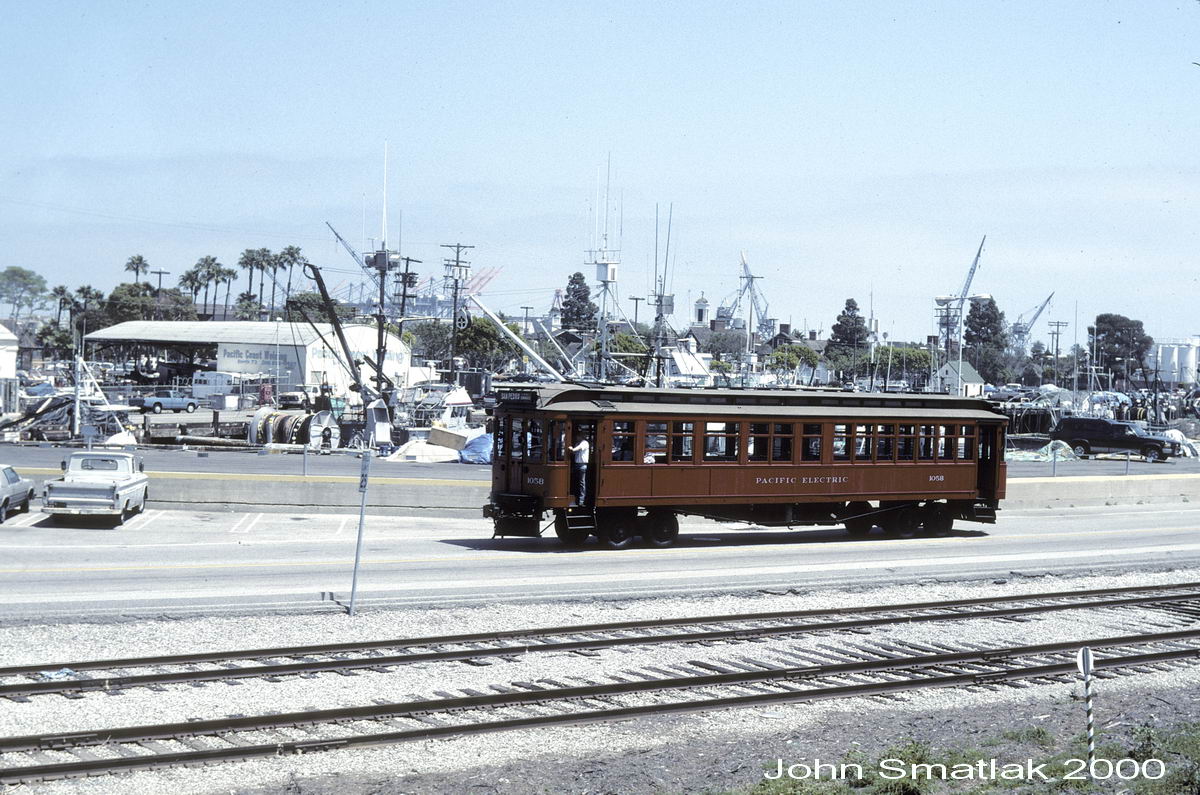 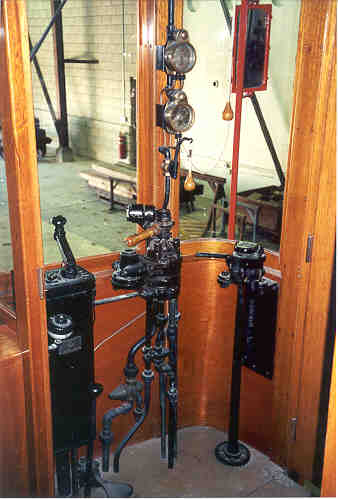 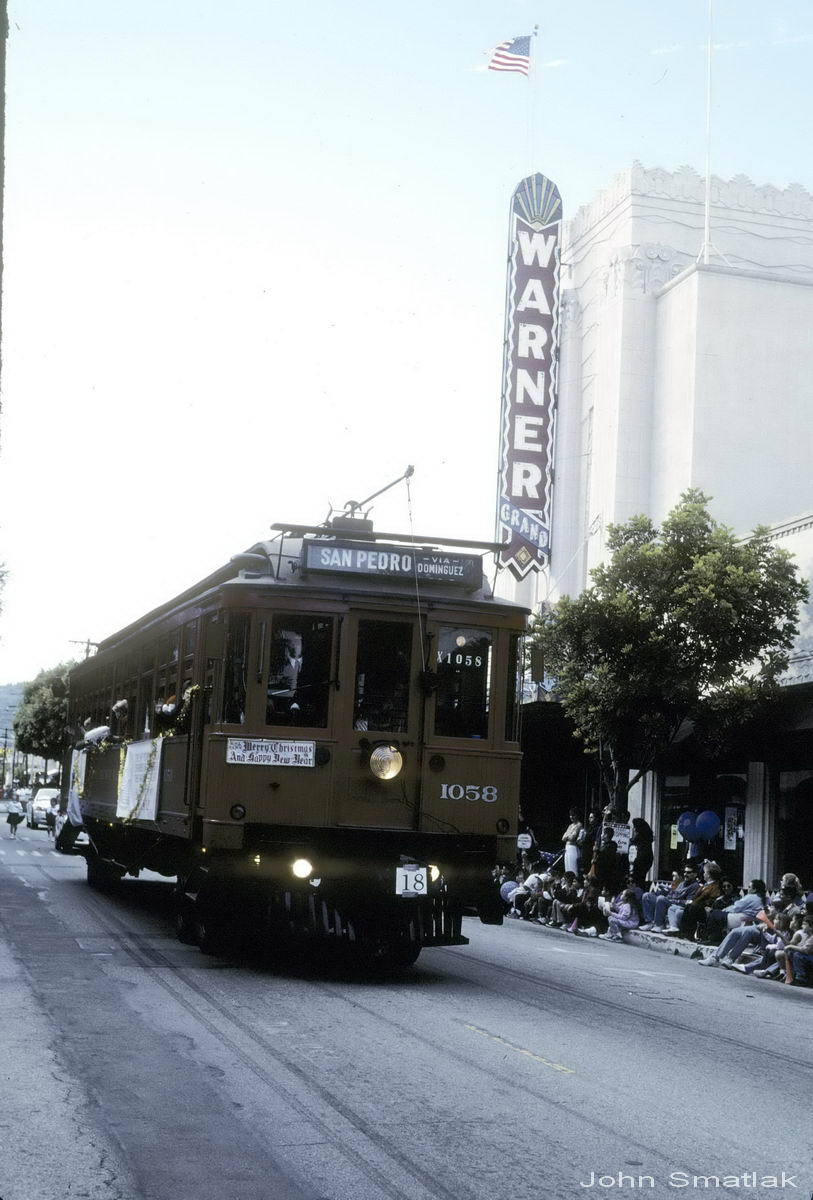 Built in 1913, the 1000-class, or “Tens”, were the biggest wooden cars to run on the Pacific Electric, as well as the last wooden cars built for the railway. The Tens were withdrawn from service in the Fall of 1950, coinciding with the closing of the Venice Short Line. Only cars 1000 and 1001 survived the scrap heap, and both are now at the Orange Empire Railway Museum in Perris, California. Car 1058 was actually created from the damaged remains of a PE 950-class car between February 1962 and November 1963.

The transformation into the car we now call 1058 was the work of the late Richard Fellows. As the Pacific Electric was ending passenger operations, Richard conceived of operating a group of PE cars for the public’s enjoyment using rubber tires and gasoline engines instead of railroad running gear. The 1058 was to be the first of four such cars. The quality of the workmanship is truly remarkable! Richard’s ingenuity and attention to detail even extended to the car’s control system; the cab was outfitted almost exactly as it had been in service, only with new functions for the control hardware- the controller became the steering wheel, (turning the controller handle is what turned the wheels!), the deadman pedal became an automotive-type accelerator, and a traditional motorman’s brake valve and air gauges were installed to run the air brake system.

Following its public debut on November 16, 1963, the 1058 appeared in numerous local parades, movie productions and civic events. It was purchased by the Port of Los Angeles in 1999 and transformed again, this time back into an electric trolley! New railroad running gear, propulsion and air brake equipment were installed, allowing 1058 to return to the rails in 2002.